Our Journey of Ethan’s Head Surgery… Craniosynostosis (the diagnosis) 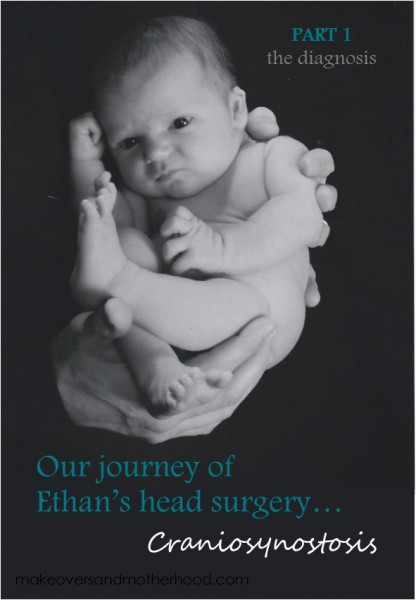 One year ago, our youngest child, Ethan, was headed to Comer Children’s Hospital in Chicago in need of head surgery for Craniosynostosis.  As we celebrate the anniversary of this difficult time in our life, I felt led to share our story with you.  It is a long one, so I will break it down daily over the next 5 days.  Please share this with anyone going through a trial, who needs uplifting in the middle of a challenging time, or who has a child with the same medical condition.

It is so easy to go through each day taking for granted all that we have been blessed with.  Every day when I’m praying with my boys, we make sure to thank God for Brad’s job, our home, our food.  The boys always thank God for everyone’s bikes and have been known to throw in items like BBQ sauce and the dirt pile in the back yard!  Sometimes our lives are so routine that we don’t actually notice all that we truly have or how God is working “behind the scenes” for our good.

But when you have a week in the hospital, looking at your precious baby boy, puffed up and swollen, so fragile and little, when all you can do is watch, run to his side during the rough patches, and pray… you realize all the moments of thankfulness and celebrate the little successes along the way.

This morning I want to share our journey with you… our thoughts, our fears, some scriptures we leaned on and some that were shared with us, and the many ways our thankfulness was heightened in the midst of the storm:

I am so thankful that God has a plan.  Even before Brad & I knew we were going to have Baby #3, God knew and was orchestrating the events of Ethan’s life and silently preparing Brad & I for what was to come.

Jeremiah 29:11  For I know the plans I have for you,” declares the LORD, “plans to prosper you and not to harm you, plans to give you hope and a future.

Jeremiah 1:5  —  “Before I formed you in the womb I knew you, before you were born I set you apart”
When E was born, there was a large bump on the back of his head.  It was kinda like you were eating an apple and someone handed you a baby and you were holding both.  From day one we were concerned, but with all newborns and the trauma their little heads go through during delivery, we thought his head might round out.  The bottom of the bump at the nape of his neck did go down.  However, the part at the crown of his head did not.  Two weeks after he was born, I was having a playdate with 2 close girlfriends and I finally voiced my concern out loud.  They said what I knew I needed to do, but was just afraid… to call the pediatrician.  You never want to hear there is something wrong with your child.  And I was pretty sure I knew what the doctor was going to say.

Our nephew, Henry, was born 4.5 years ago with a very narrow head.  It was the first (and only) time I had heard of the condition called craniosynostosis (which I’ll give the definition for in a minute).  At 5-months of age, Henry underwent surgery. The doctors had cut an inch of skull out so his brain could expand properly.   It was scary to hear about back then and I wasn’t even the parent.  I remember praying for Henry and anxiously awaiting my sister-in-law’s updates on how he was doing.  That was 4 years ago and he is a perfectly healthy, smart, little boy today.  Still… I didn’t want to think something like this could actually be wrong with my baby.

I waited another 2 weeks before I called the pediatrician’s office.  I told them that Ethan’s abnormal head shape was really bothering me and I couldn’t easily find his soft spot.  Plus, there was a ridge on the top of his head.  (All tell-tale signs I had been reading about online of craniosynostosis.)  This was a Wednesday afternoon and they scheduled our appointment for Friday morning.  As soon as I hung up the phone, I just cried.  My heart felt so heavy.  I laid down on the sofa with Ethan on my chest (our typical afternoon nap position), but this time I just laid there praying and sobbing, pleading to God that Ethan would be okay.  When Brad came home, instead of finding us peacefully resting, he saw my flow of tears.  His reaction, “Oh no!  What happened?!”  He assured me that Ethan would be okay and to just wait for the appointment before I got upset, but it was that mother’s instinct that told me better.

Friday morning came.  I had asked Brad to take the morning off to go to the appointment with us.  If they were going to give me bad news, I wanted him to be there also.  The pediatrician, after asking me several times if Ethan was breach (hello, I know how the kid came out… yes, I’m sure he was head first!), agreed that we needed to have his head looked at and we were sent over to the Imaging Center with stat requests for X-rays & and an ultrasound through his soft spot.  We were told not to leave the Imaging Center until the ped’s office called us.  The news: Ethan’s brain did not show any abnormalities.  It was fine, but it looked like his head was flattening in the back.  They were putting in a stat order for us to go to the hospital and have a CT scan done.  They would call us with our appointment time.  We had just enough time to run through the drive through at Taco Bell, drop Brad & the boys off at home to eat & have nap time, before I had to have Ethan to the hospital.  What started as a 9:15 appointment ended up in us not getting done until 3:00!

The nurse called that evening to say the CT scan showed Ethan’s sagittal suture was fused about 1 cm and they were going to refer us to see a Pediatric Neurosurgeon at the University of Chicago Hospital.  During the course of our long day of doctor appointments, I had called my friend Amie to see if she could watch the boys (who were at their limit of doc appointments) so that Brad could be with me.  I couldn’t reach her then, but she called me after we had the results.  Her words were so very reassuring and I clung to them for weeks, “At least his brain is normal.  That’s good!  It’s just his head.  A head can be fixed, a brain can’t.”

I am thankful for her insight.  For knowing the right thing to say and that I needed to hear.

Our pediatrician even called me Monday morning to answer any questions and to confirm the test results.  However, he told me, “I am 99.9% sure that this is just a head variance.  I think Ethan just has a funny shaped head.  I would be surprised if the neurologist even batted an eye at this, but we are going to give you the referral just to make sure.”

Brad & I both thought differently though.  On August 22nd we packed up the boys and drove downtown to meet with the Pediatric Neurologist.  The doctor confirmed that Ethan had a form of craniosynostosis.

Craniosynostosis is a birth defect that causes one or more sutures on a baby’s head to close earlier than normal.

The skull of an infant or young child is made up of bony plates that allow for growth of the skull. The borders at which these plates intersect are called sutures or suture lines. The sutures between these bony plates normally close by the time the child is 2 or 3 years old.

Early closing of a suture causes the baby to have an abnormally shaped head.  Sagittal synostosis, where the premature fusion of the suture at the top of the head (sagittal suture), forces the head to grow long and narrow, rather than wide. This is the most common type of craniosynostosis.  If untreated, the baby may develop increased pressure inside the skull (intracranial pressure) which can cause blindness, seizures, brain damage, death, permanent head deformity, and problems with speech & language development.

So our only solution:  Surgery.  I tried, I really tried not to cry.  I did okay for a little while, but as the neurologist talked about drilling into Ethan’s head, I couldn’t hold back the tears any longer.  They quietly made their slow descent down my cheeks.  Brad said he was proud (and surprised) at how well I held it together in there.  It definitely helped that as my eyes welled up, the doctor locked eyes with me and calmly talked through the surgery.  His calm persona helped calm me and he spoke of the surgery as you & I would describe making breakfast for our kids… as if it were an everyday regular thing that’s done.  We had to wait until Ethan was 3-months old for him to have sufficient blood volume for the surgery.

After we loaded the boys in the van, I had my cry.  Brad held me in the parking lot as I cried.  But the boys were anxious to go have our picnic and fun day in the city so off we went to the beach.  It was a nice distraction for awhile.  But as we drove home, I once again felt heavy of heart and scared.

I am thankful that God knows what I need even when I don’t.  And I am so thankful for the people God has placed in my life.  I am thankful for my dear friend’s listening ear.  For her being a shoulder to cry on.  For letting me get it all out.

So it was the night we got home from meeting with the neurosurgeon.  While Brad was getting the boys in bed and I was nursing Ethan, my girlfriend Shannon called to see how the appointment went and everything just came out.  Although Brad & I knew (even before the appointment) what the diagnosis would be, the news was so raw and real and scary.  And actually verbalizing it made it even more so.  I broke down.  I sobbed to Shannon about the appointment and the next steps and my fear.

After we hung up, Brad told me, “I knew you were sad and upset.  But hearing you talk about it and seeing you cry was really hard.” 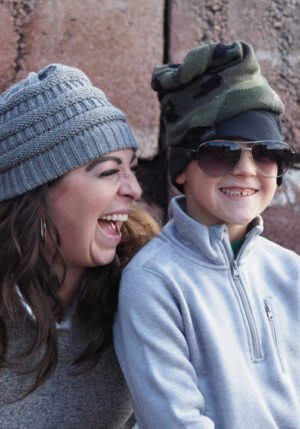 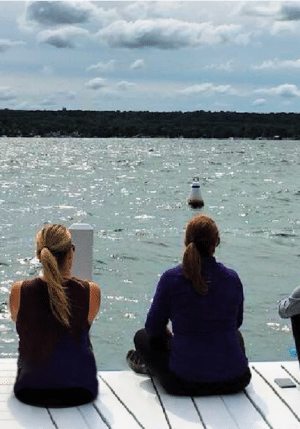 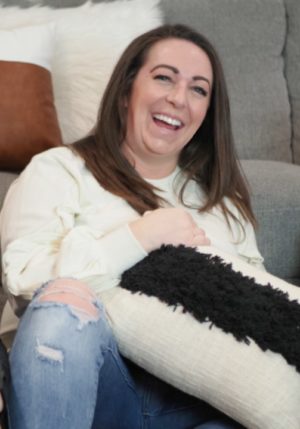 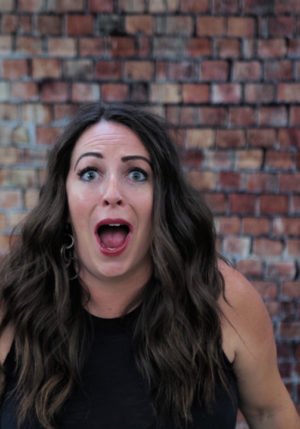