Today we just needed an activity to do to channel our energy and to get us outside. I have to be honest and say that this was not an activity in the making. It was literally, a spur of the moment decision to play a numbers game to help our oldest two boys with their numbers. So I quickly chalked numbers on the driveway and came up with the name “Number Nature Scavenger Hunt”! Calling it a scavenger hunt makes everything more exciting! And it completely bypasses the idea that would make your child think they are doing a learning activity! Sneaky, sneaky! The best thing about this activity… it requires no set up or clean up! 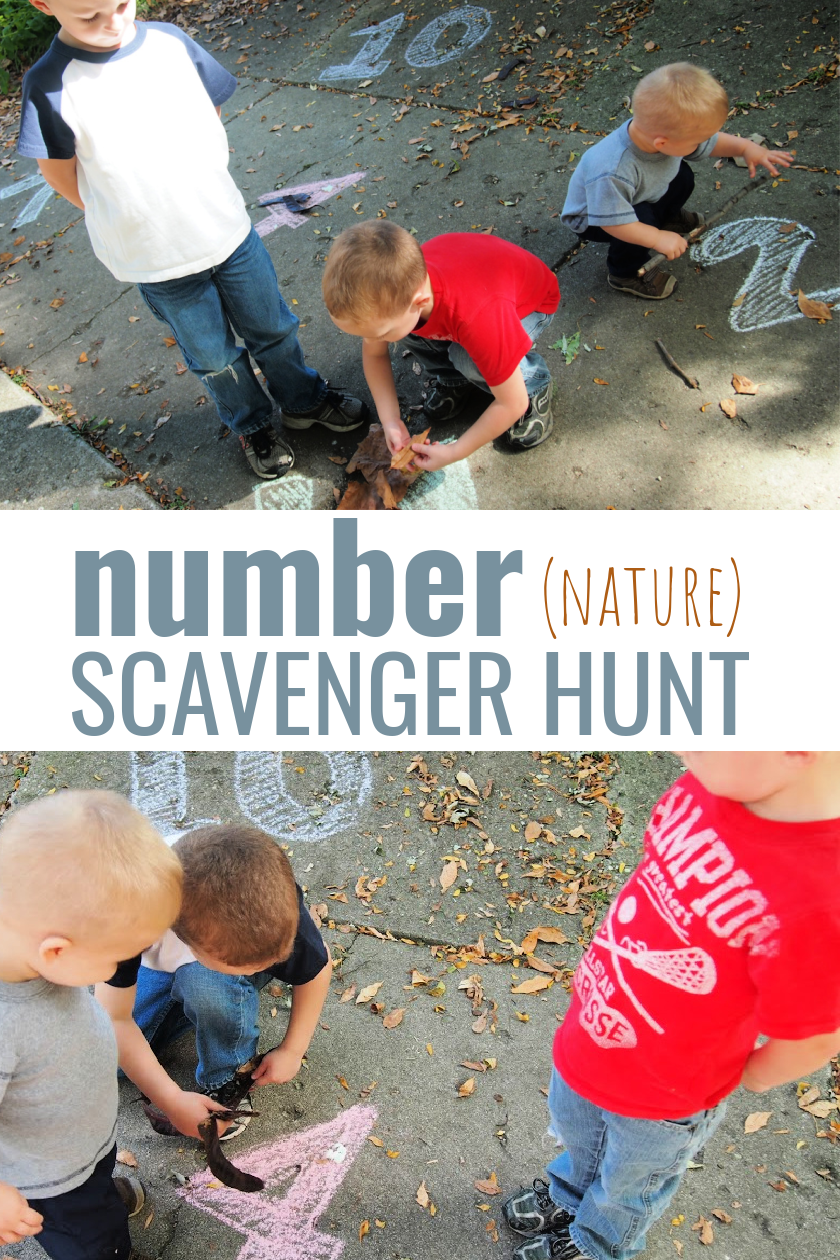 I drew the numbers scattered this way and that on the driveway while the boys rode their bikes up and down the sidewalk. It was cute how they kept encouraging me as they rode by, “Mommy, you’re doing a good job drawing those numbers!” 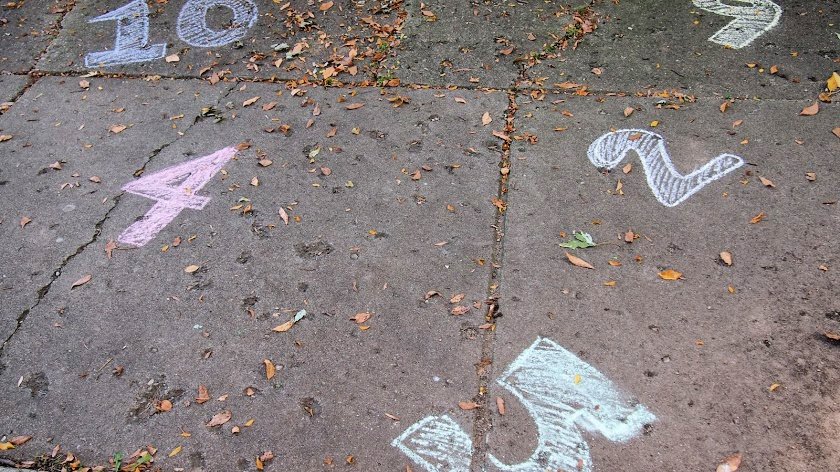 After the numbers were drawn, I had the boys come find each number. Connor knows his numbers, but Dylan is new to numbers. As I called off a number, Connor found it and they stood on the number so that Dylan would get an idea of what he was looking for. 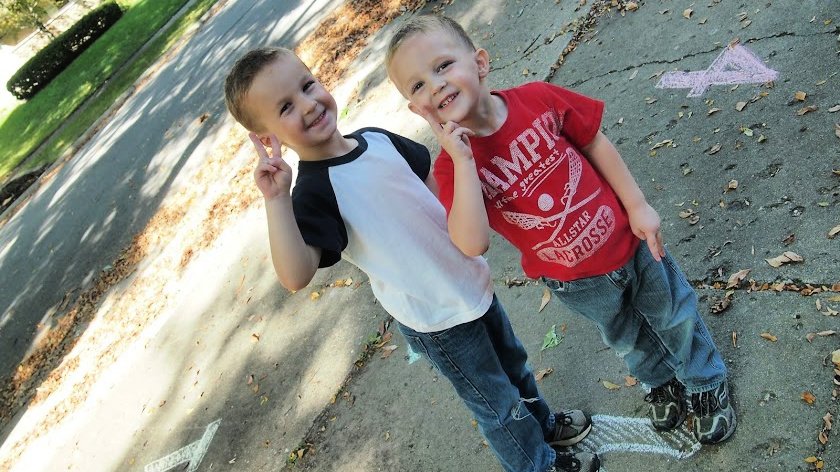 After we identified all the numbers, I told them what the next step our activity was going to be… finding items in the yard and matching them with the number we are on. Then I set the boys loose to find an item for number 1. Connor jumped right on the activity and found a stick that we laid on top our number. With number 2, Dylan got a stick and Connor added a leaf. 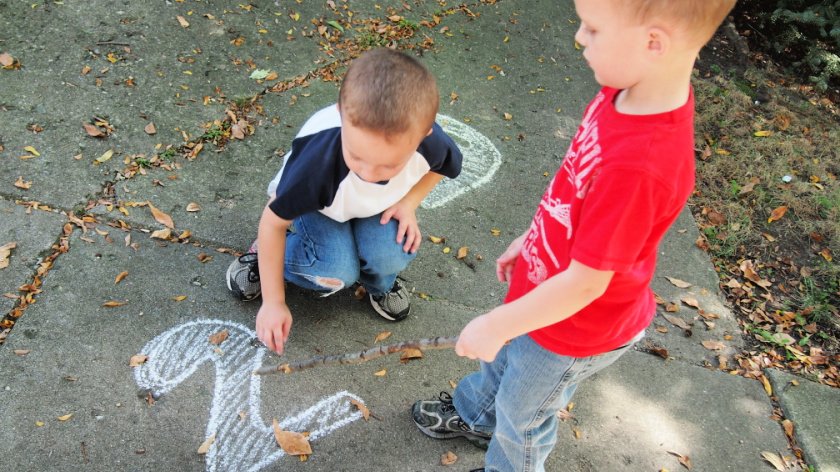 By number 3, Dylan was starting to get the hang of it. 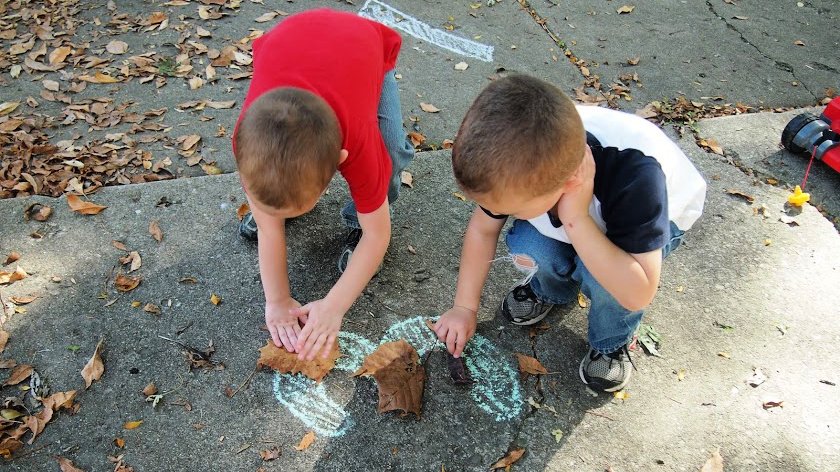 On number 4 when they needed to actually count their items, Connor grabbed up a handful of leaves. Smart thinking that he had at least 4. However, I really wanted them to work on their counting. He wasn’t real thrilled when I made him put the pile down and count individual leaves with Dylan, but he came around. 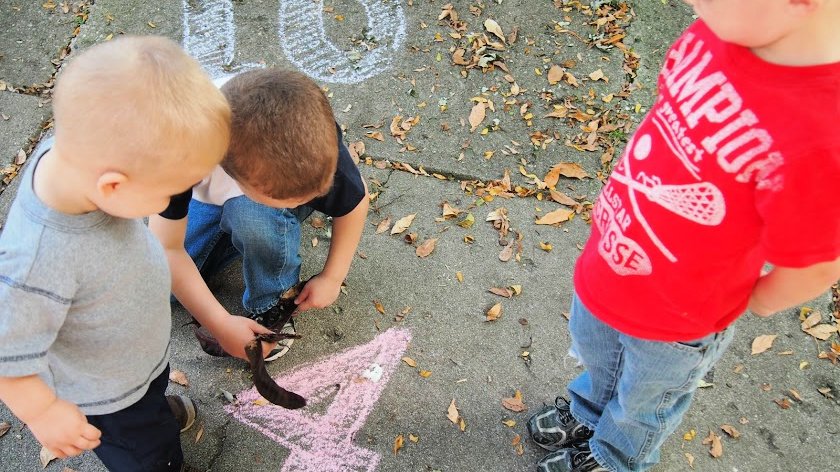 The boys were having so much fun going off looking for their nature items, that they forgot this was a joint activity. To remind us of our teamwork, I asked the boys to hold hands and go on their scavenger hunt together. It was definitely cute listening to them giggle and discuss their strategy in looking for the biggest leaves or the longest pods that fell off the trees. And baby brother, Ethan, was enjoying the activity too as he chased his brothers across the yard and played with the loot they piled up on each number! 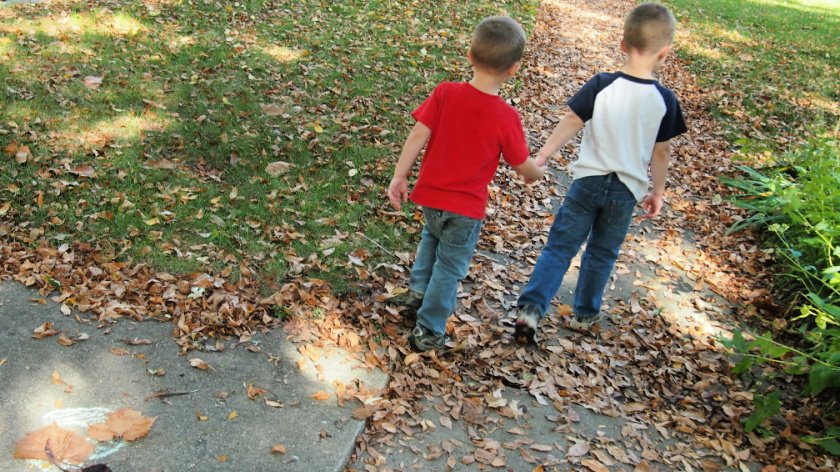 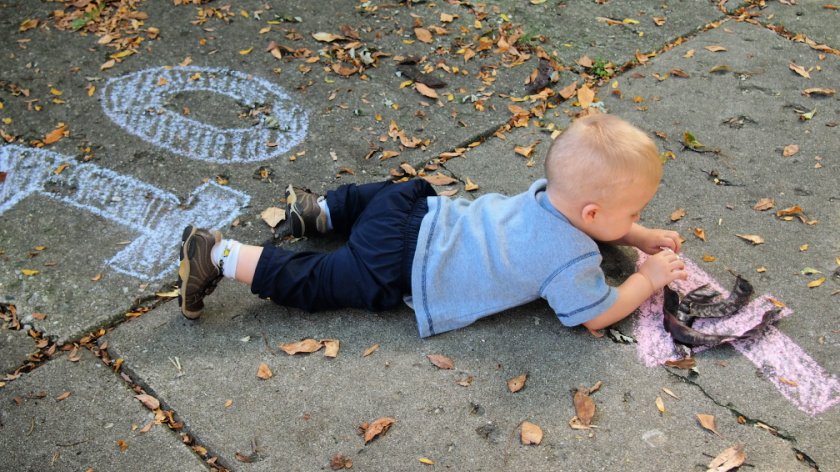 Don’t worry, I won’t make you go through all 10 numbers with us. But I will tell you that you don’t have to go on much of a scavenger hunt to find leaves and sticks during the fall. And once they got to #7, they were getting a little antsy. Well, let me say that they were loving the nature hunt part of our activity. They just didn’t want to count anymore.

In fact, we ended up having to sit down and count to 10 a couple times to stay on track. They absolutely loved that I helped them pick 7 little purple flowers out of our patch of wildflowers which they very carefully laid on the chalk number. 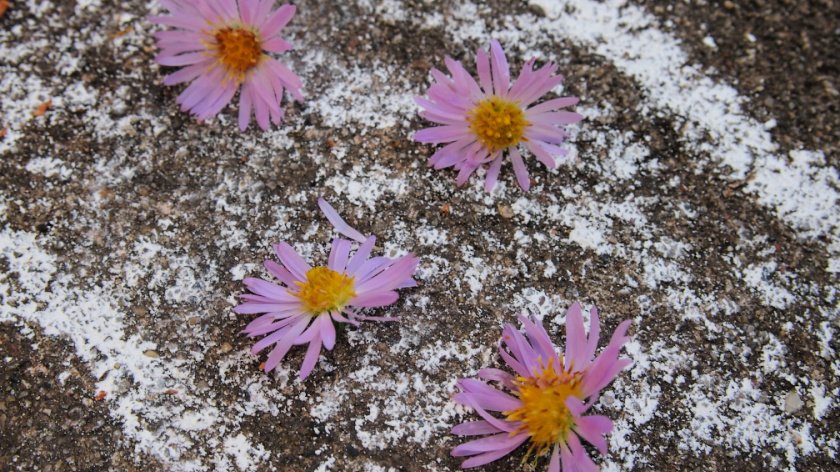 With numbers 8, 9, and 10, their little hands were full so they had to make 2 trips to find their items and Dylan was very distracted. I love how carefully they displayed their items on the numbers. #8 is my favorite with it’s mixture of nature findings! 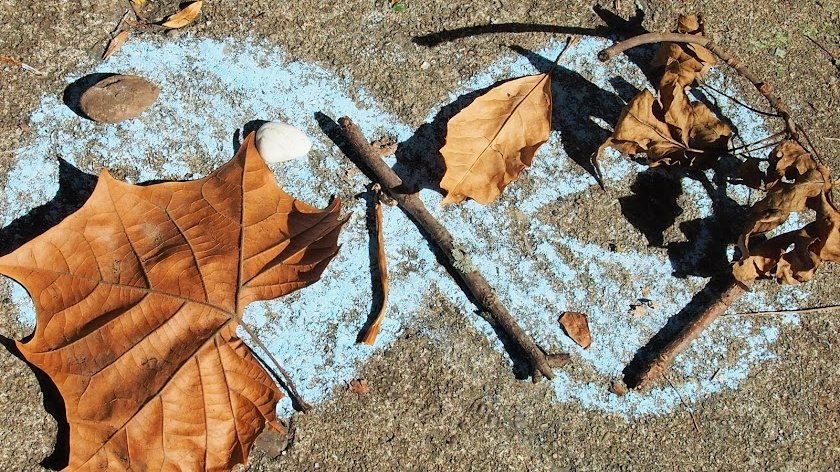 But all in all, they loved their new activity and I felt a sense of accomplishment spending some fun quality play/teaching time with the boys!

At the conclusion of their activity, Connor announced, “Mom, I want to do this again sometime!” It was a win-win for us all!

Hoping you and your littles have as much fun as we did! 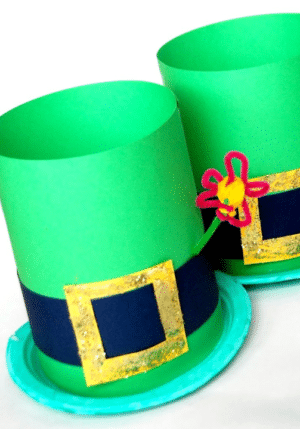 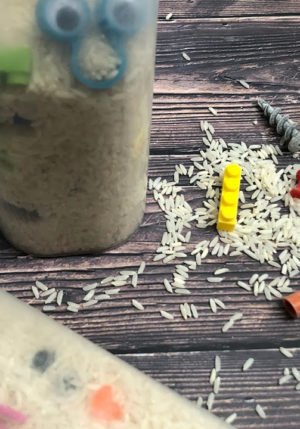 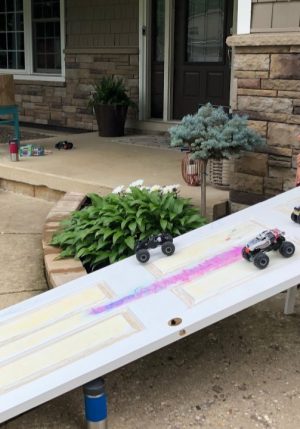 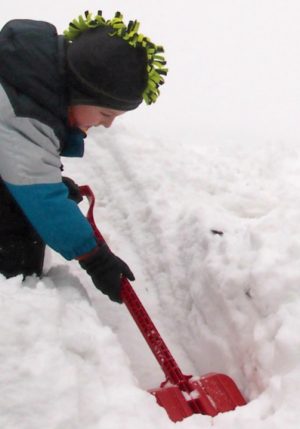